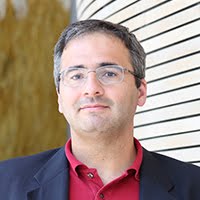 Pedro S. Martins is Professor of Applied Economics at Queen Mary University of London. He earned his PhD in Economics from the University of Warwick in 2004. Pedro is a labour economist, having published in several leading journals, including Journal of Labor Economics, American Economic Journal (Macro), European Economic Review, Industrial Relations, and British Journal of Industrial Relations. Some of these studies have been supported by research grants in which he was principal investigator, totalling over €900k since 2014, and draw on collaborations with international organisations, including the European Commission, ILO, IMF, OECD, and World Bank. His approach to research is shaped by his experience in the Government of Portugal, when he was responsible for a number of major policy reforms. This experience influenced his research impact around social dialogue and collective bargaining, and his current work as co-editor of the IZA Journal of Labor Policy. Personal webpage: https://sites.google.com/site/pmrsmartins/home